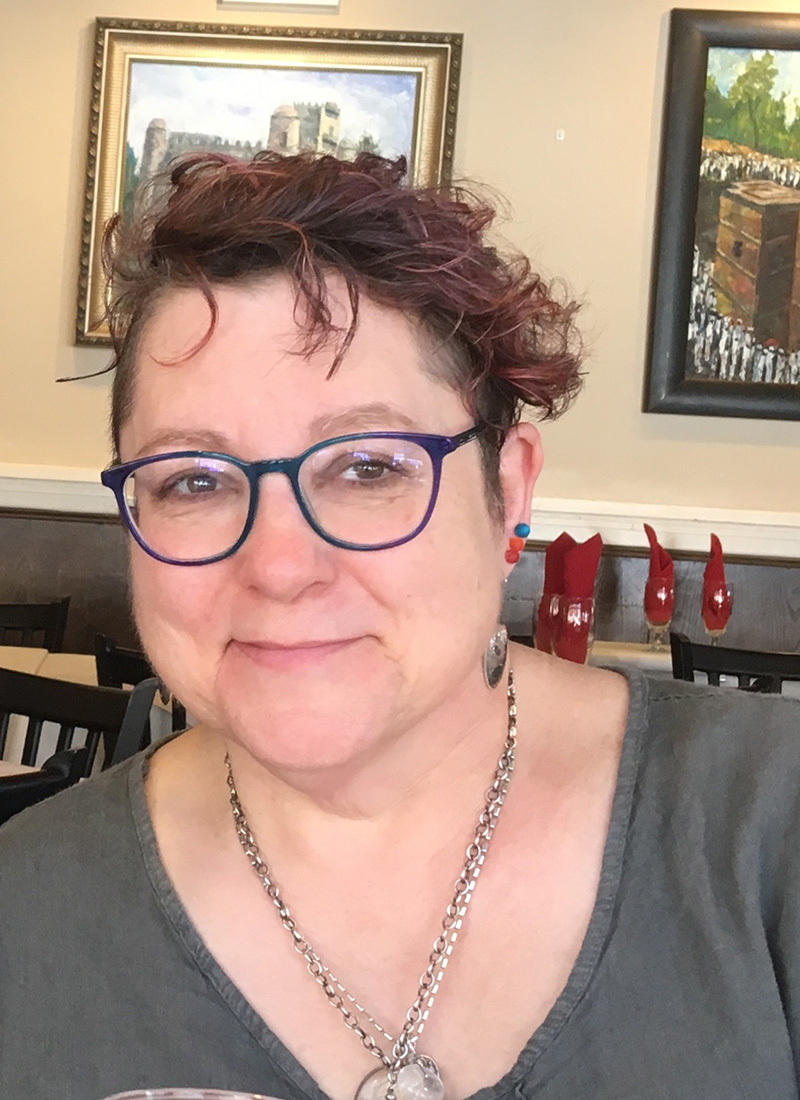 The mixed media artist, Laurel Izard, currently lives and works in Michigan City with her artist husband Edwin Shelton and two cats. She received a BA from Northern Illinois University, with majors in art and anthropology, and a MFA in Ceramics from the University of Wisconsin-Madison.

After college Izard and her husband started a ceramic business called Izwin, and wholesaled colorful whimsical tabletop wares to galleries, boutiques and department stores throughout the country. After twenty-three years of self-employment she taught art in numerous after-school and summer programs. Her art-teaching career culminated in nine year of teaching art at Marquette High School.

Her philosophy as a mixed media artist and teacher is that an important part of being human is to be creative, and continues to teach others how to discover their inner artistic resources. Currently she is creating art full time, and has exhibited work and won awards throughout the country.

Making art, for me, is both a meditation and dialogue with the materials and the elements of art. As a mixed media artist, I make art of some kind every day, because it feeds me emotionally and spiritually. My studio environment is filled with a large assemblage of artworks, rocks, fossils, pottery, and old lunchboxes that have been collected over the years. Collecting has influenced my work beyond visual cues and such things, as vintage books, ephemera and old textiles become the materials in my work. I am a collector of images as well and have over 50,000 images of art, science, science fiction, quilts, animals, artists work and you name it stored on Pinterest. My background in anthropology has always played a big part in my art, and interest in how we see the world physically and spiritually. My work has been exhibited in galleries, and art centers all over the country, and I have won awards along the way.

A fascination with sewing and textiles started as early as I could hold a needle, but I never really considered it as my main art making material until 2011 when I began digging into being a mixed media artist. Since then I have spent hours creating small intensely embroidered images loosely based on the archetypes of the tarot. 2019 has been the year of the quilt as I have embarked on a project to portray animals, particularly endangered animals on art quilts. Now I have an even better excuse to collect old quilts and exotic fabrics. 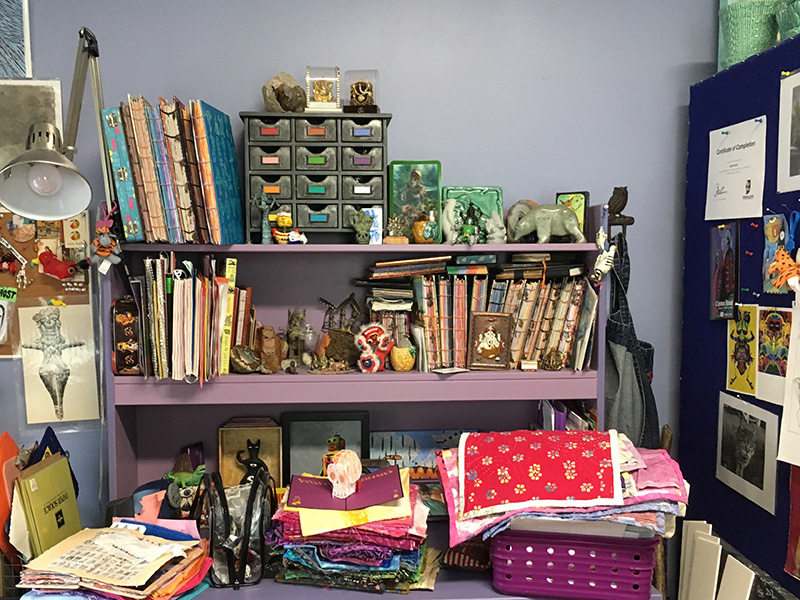 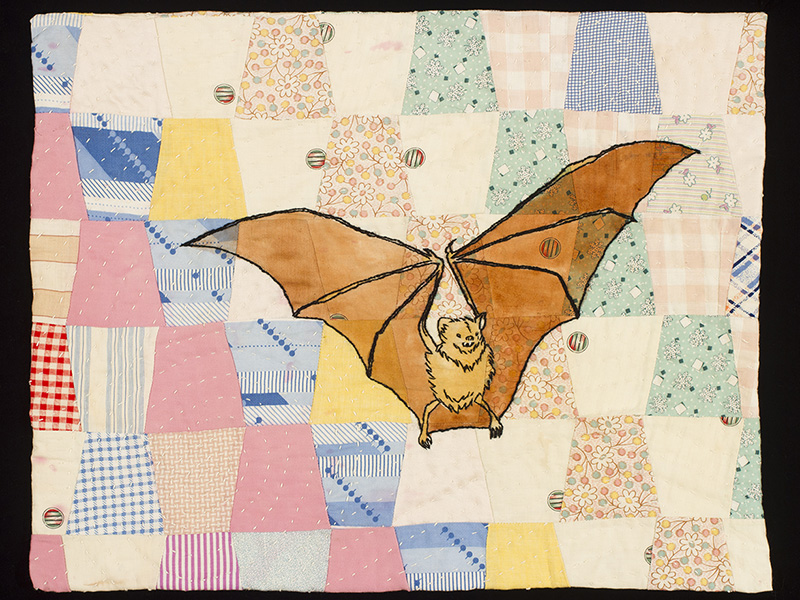 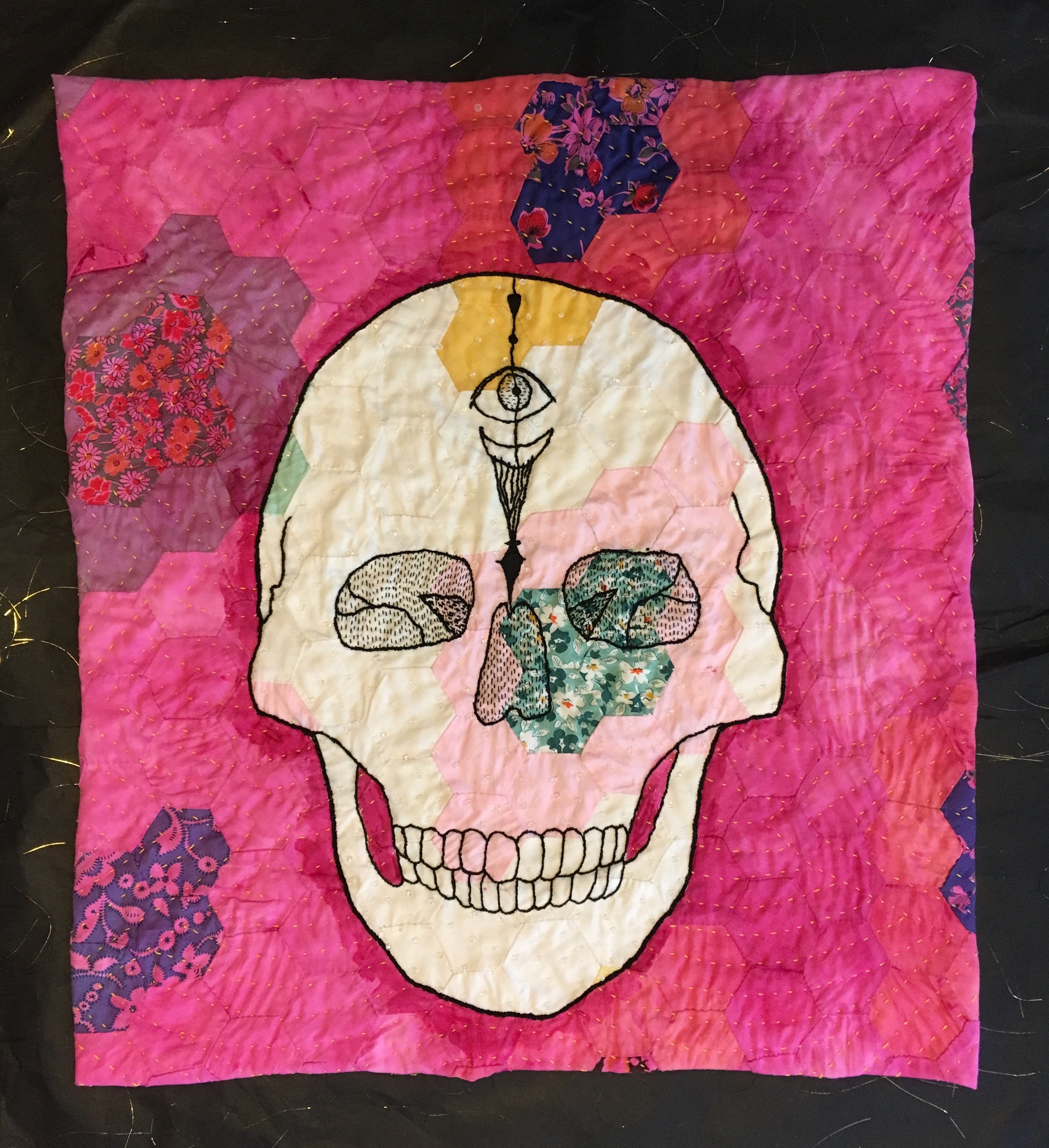 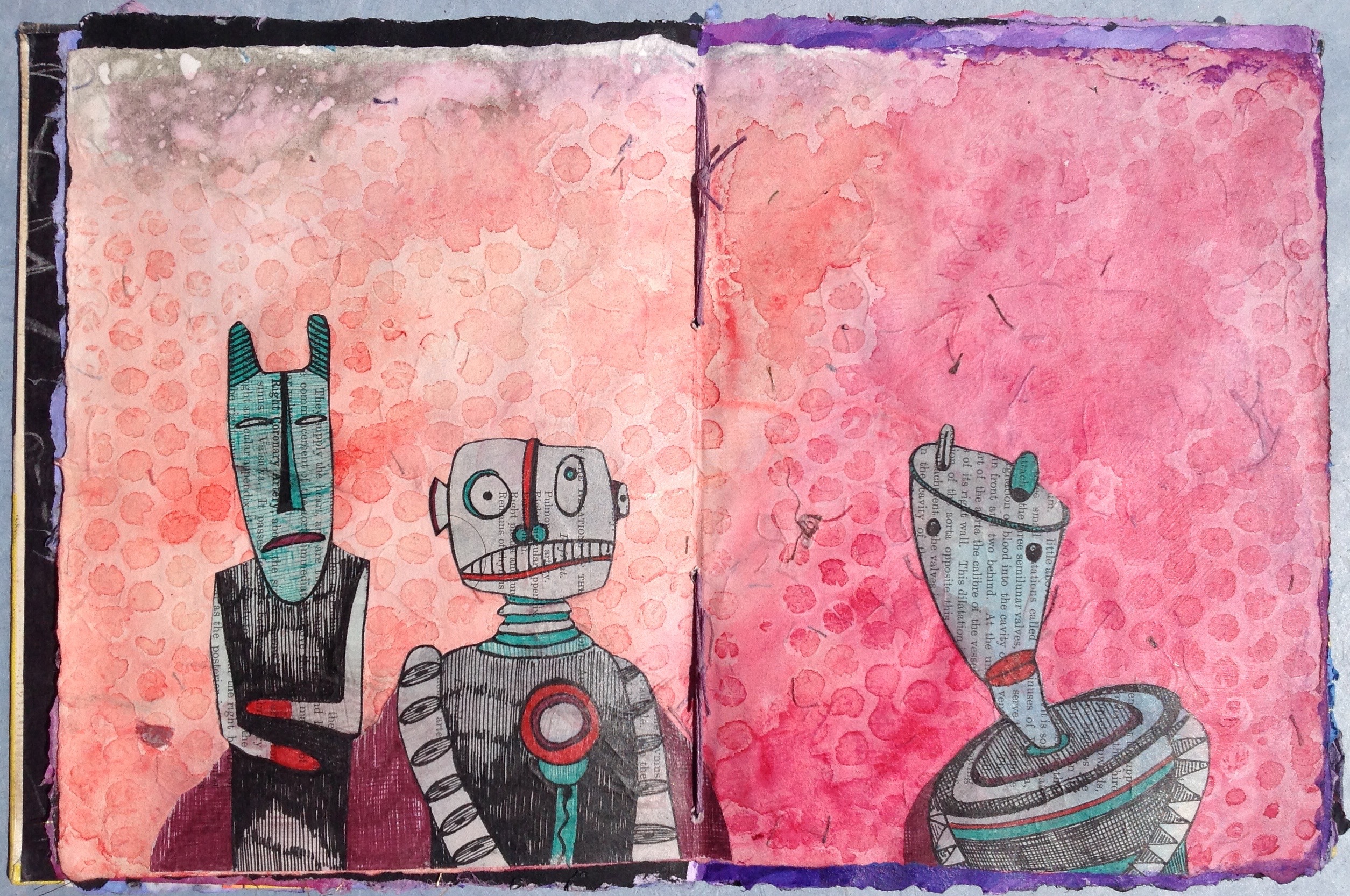 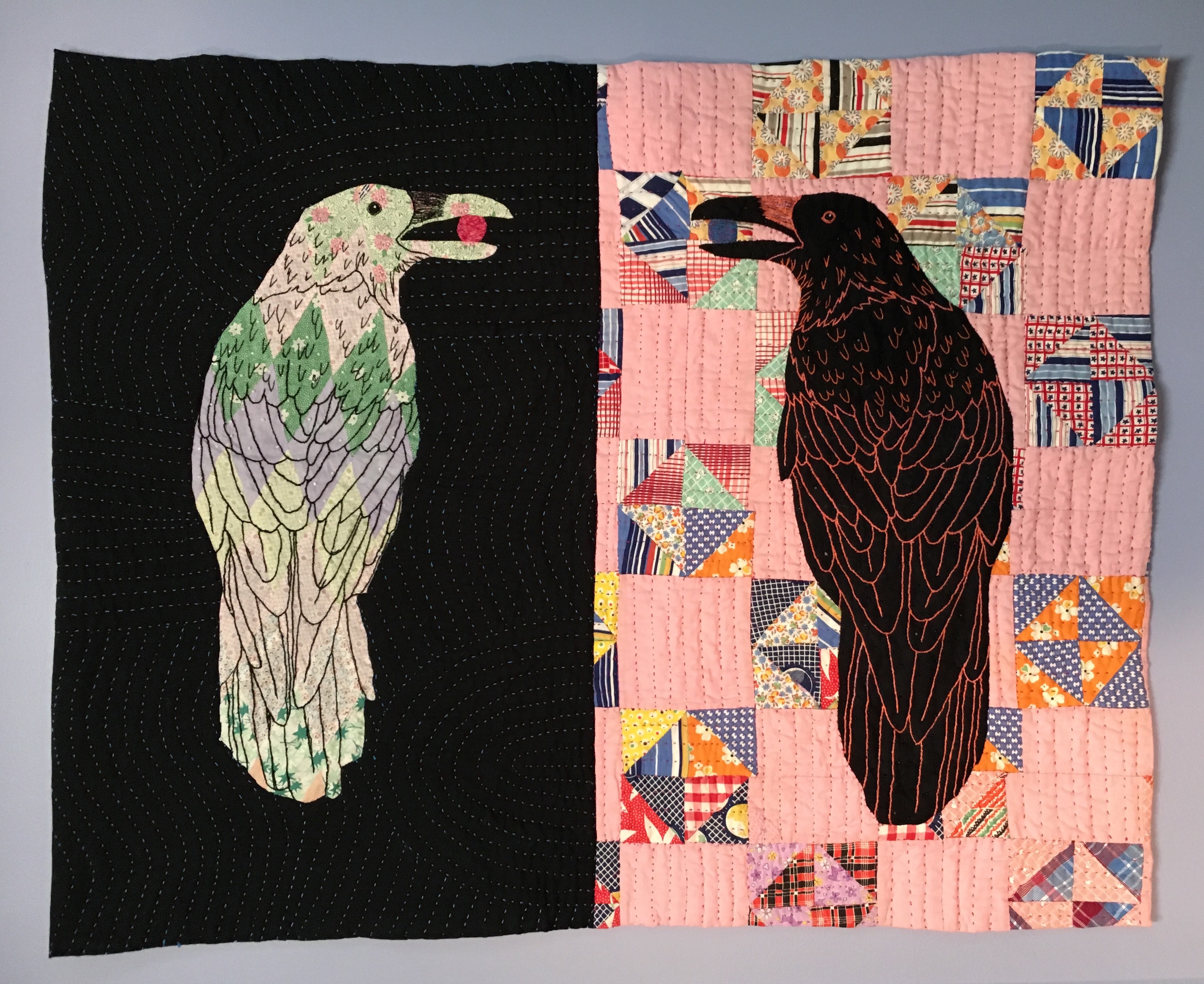